As some of you may already be aware, ICT have now been tasked (lumbered?) with supporting DVR and mobile phones. You all know what a mobile phone is but what is a DVR I hear you ask? A DVR is a Digital Video Recorder – basically it’s another name for a CCTV system. Here are some example questions that we WILL deal with, Monday – Friday, 9am – 5pm. 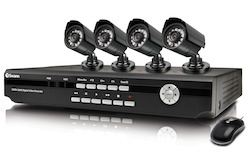 I have a cctv dvr that stopped working . A friend that does retrievals on computers had a look and managed to get the footage up and dvr working but could not get the data off it so they took the hard drive out and connected it to another device but could not get anything up . I had it back and put it in the dvr the dvr boots up and hard drive stars spinning but then hard drive stops spinning and it asks me to format I click cancel but can not get the footage back up it is very very important footage. Is there anyway of getting the footage back?

I have an old iphone 3gs and its broken or wont charge up and i have some cherished photographs and videos stored on it which id like to retrieve. Is there anyway possible with your help that i can do this .

probably a long shot but i have broken my sony xperia z3 very badly bent and smashed badly is there anyway to recover the photos of my kids? it will not connect via usb. please help

I have got a DVR which I believe, data on it was deleted on purpose last year, as when you log in it says no data found. I was wondering if you could recover the deleted data, going back a few months and copy it on to DVD.

Hello All – Here’s the top 5 types of data loss enquiry that were logged at the ICT Helpdesk last month.
I think it’s overheated as it just stopped working and I could smell burning from the drive I removed the hard drive from the LaCie extrnal case to inspect it but could see no visual faults. It’s a 400gb drive with photos movies and music on.

1) Do you do DVD repairs? I have 4 disks that are damaged that i need recovered.
2) Can you put DVDs into a digital format? They are home DVDs with no protection issues.

The DVD recovery was an interesting one. We are hardly ever asked for this. Data is nearly always stored on hard drive, but I’m glad to confirm that yes, we can retrieve data from CD’s and DVD’s too. See your local ICT person for details.