Here’s a service call the ICT team received from Blackpool Council last week – it’s quite an interesting one that I’d like to draw your attention to. The moral of the story is not to use RAID 0 configurations when storing valuable data as it’s to unreliable !! 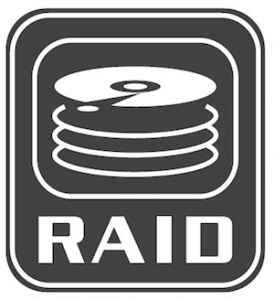 Hi there, we had a 6 TB RAID (type 0 I think) which failed last week. When I plugged it in, there was a bit of smoke coming out – we did a little test and it looks like one of the two drives inside was faulty. We sent it off to a data recovery company – they were able to recover almost everything but it would cost us over a £1000 so I am trying to see if there any cheaper options. We are not in crazy rushes so the 10 day recovery should be fine.

A RAID 0 external hard drive or NAS usually consists of two hard drives that ‘share’ the data between them. If you have 1000 files stored on the NAS, 50% of each file will be written to the first hard drive, and the remaining 50% to the second. This is subtly different from saying the first 500 files will be stored to disk one and the remainder to disk 2, as in this later example, complete files are stored to each disk. This is not the situation when using RAID 0. There are no complete files stored to a single disk. Therefore if one of the hard drives breaks, all the data is lost.

RAID 0 is not a wise choice for data storage as only one device has to fail for all the data on the entire storage device to be lost. The only real benefit of a RAID 0 is data throughput, ie. data transfer speed. This makes RAID 0 a good choice for applications that require fast data transfer speeds such as graphic heavy games, and video / audio animation etc.

The symptoms you describe above suggest that one of your hard drives has an electronic problem. There should be noting wrong with the data on the drive and I expect the entire data to be recoverable in full. A bill of £1000 does sound rather excessive, and for electronic faults I would suggest the more realistic price would be about £400 – £600. Companies like Data Clinic provide data recovery services and specialist blogs like 24 Hour Computer Repairs give information on many of the available data recovery service providers in the United Kingdom. Both these sites have been involved in data recovery for a while and have good reputations. I suggest that you contact both of these and explain the situation to them, they should be able to provide you with the recovery service at a far more reasonable cost.