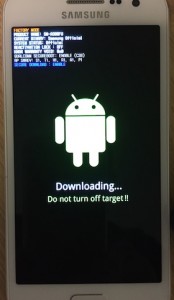 Here I am with my first post of the New Year, and may I wish a happy new year to everyone.

Ok the break there were a spate of phone problems that were reported via the central IT Helpdesk. As the helpdesk was closed over Christmas, we are just getting around to answering these queries now. Some of the problems were quite common and I’ve listed them below together with links to the people we use to retrieve and restore the data to the phones when we can’t.

The helpdesk has some limited success with Nokia phones – we can often retrieve newly deleted data but that’s about it, so for more significant problems we tend to use the services of Data Clinic’s Nokia team http://www.dataclinic.co.uk/nokia-windows-phone-recovery/

We have no LG skills at all on the Helpdesk and direct all enquiries to http://www.dataclinic.co.uk/android-data-recovery/

Deleted Images and Videos from Phone

Both these posts don’t mention the make of phone so I would suggest contacting the helpdesk via internal mail first, alternatively use the specialists at http://www.dataclinic.co.uk/data-recovery-from-mobile-devices-phones-tablets-etc/

General Note: The helpdesk are asked more and more about retrieving data from phones. Remember if you do use your phone rather than your workstation to create documents for work that you back your data up!